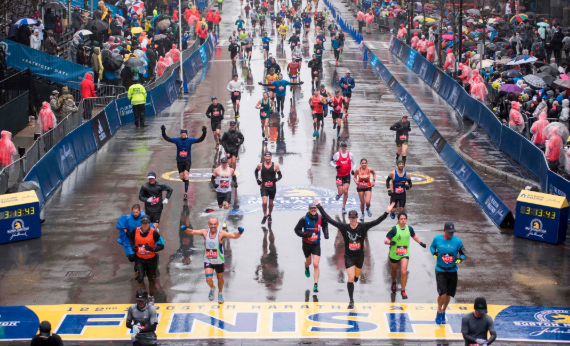 The world’s oldest running marathon Boston Marathon has to postpone its time from April 20 to September 14 because of concern about COVID-19 pandemic.

The city of Boston, in the morning of March 13, Washington time, banned all gatherings to avoid the risk of spreading nCoV. Shortly thereafter, the Boston Athletics Association (BAA) – the owner of the Boston Marathon – also announced the delay of this run this year, and postponed the organization time.

Boston Marathon is the oldest marathon in the world, taking place for the first time in 1897. For over 100 years, despite the war, extreme weather and many periods of crisis, this race has always taken place on April every year.

This year, BAA initially wanted to keep the traditional time of running. But in the context of Covid-19 becoming a pandemic and spreading at a dizzying pace, over the past weeks, the Boston authorities and seven other localities on the runway 42,195km constantly pressured the proposal to postpone.

Many argue that the overcrowding of people – with 31,000 registered athletes and about 1 million athletes having a tradition of high-fives, even embracing athletes along the way – creates too much health risk. The pressure was even greater with BAA on March 10, after Massachusetts Governor Charlie Baker declared a statewide emergency.

The importance of the Boston Marathon

The Boston Marathon is one of the six most prestigious marathons in the world under the World Marathon Majors system. The remaining five tournaments are New York City Marathon, Chicago Marathon, London Marathon, Berlin Marathon and Tokyo Marathon.

Besides reputation, the Boston Marathon also brings great economic benefits to the city. According to the Boston Marty Walsh award, each year, the event brings about $ 200 million to the local economy, and about $ 36 million to be donated by the athletes to charity.