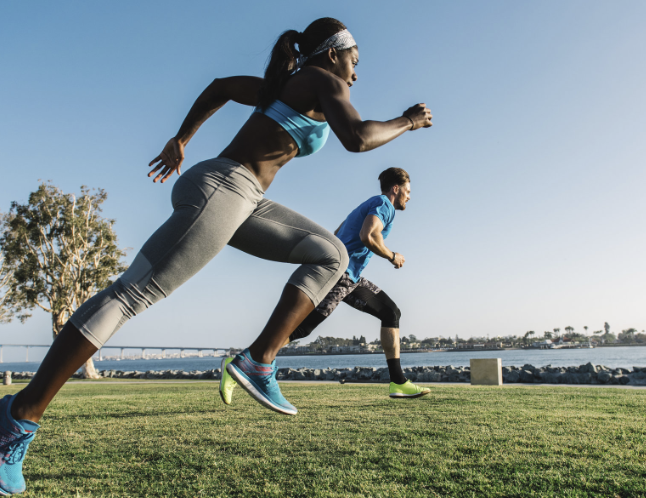 In addition to improving the health, the mind, preventing some risks of disease, running also helps people relax spiritually and live happier.

It is no coincidence that running becomes one of the first human sports. Christopher McDougall once mentioned the mystery of human desire to run, how running helps prehistoric humans survive and the meaning of running in modern life through the book “Born to Run”). Christopher McDougall’s work also encourages readers to enjoy the happiness of running.

The American Heart Association calls jogging a popular form of exercise worldwide and has many health benefits. Austraila’s Betterhealth says running is a form of aerobic exercise – physical activity that produces energy by combining oxygen with blood sugar or body fat and they have many benefits.

Research by a team of scientists at the University of Camilo José Cela in Spain in the Journal of Applied Physiology shows that running helps protect bone density, especially for the elderly.

Specifically, the researchers surveyed the training regimes of more than 200 marathon and semi-marathon runners as well as runners for the 10 km race. They measured the bone density of participants and compared it with the sedentary group.

The results showed that those who regularly ran had more bone density than those who were sedentary. Experts say running right can also help prevent age-related bone density decline, which can prevent osteoporosis later in life.

Good for cardiovascular and respiratory

According to Healthline, studies show that running only 5 to 10 minutes a day at a moderate pace can help reduce the risk of death from heart attacks, strokes and other common illnesses.

New data at the American Heart Association conference in Philadelphia in early November showed that most people who practice over 5 hours a day for decades have a healthy heart. Another study published in the Journal of the American College of Cardiology also concluded that running reduced the risk of stroke.