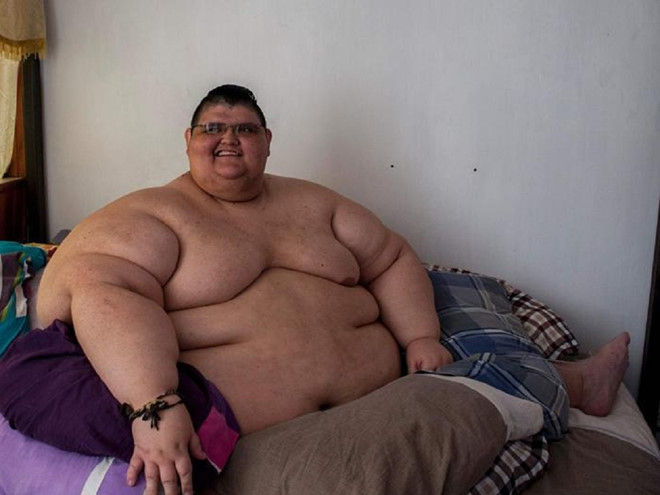 Juan Pedro Franco, the fattest man in the world has successfully lost 330kg after 3 years.

Mr. Juan Pedro Franco was named the heaviest person in the world with a weight of 595 kg. In just 3 years, his body weight was only 260 kg, which means he lost 335 kg.

Franco is Mexican, 35 years old. In 2017, he was recognized by the Guinness Book of World Records as the heaviest person in the world, according to the Daily Mail.

At the age of 6, Franco weighed almost 64 kg. By the age of 17, after an accident and had to lie for more than a year in bed, his weight increased to nearly 230 kg. The man’s body weight continues to increase over time.

Franco began being reported worldwide in November 2016. Images of Franco moving from his home in Aguascalientes to an examination at a hospital in Guadalajara, 160 km from home.

Initially, the doctor estimated that Franco weighed about 500 kg. Later, they discovered he weighed 595 kg. At the time, Franco admitted he had not left his room for six years, according to the Daily Mail.

The body was so oversized that it was frighteningly life-threatening for Franco. He has many health problems related to obesity such as diabetes, high blood pressure. Because it was too heavy, Franco could not walk and lay idly in bed.

In the end, he decided to have a partial gastric bypass surgery, combined with treatments and diets to lose weight. After 3 years, Franco flew 335 kg.

Now, although he still needs a cane, Franco was able to start walking. “The feeling of being able to move more and take care of yourself is great”, Franco shared.

Because of the great reduction in fat, Franco’s body has a lot of excess skin. He is planning to have surgery to remove 95 kg of excess skin, according to the Daily Mail.