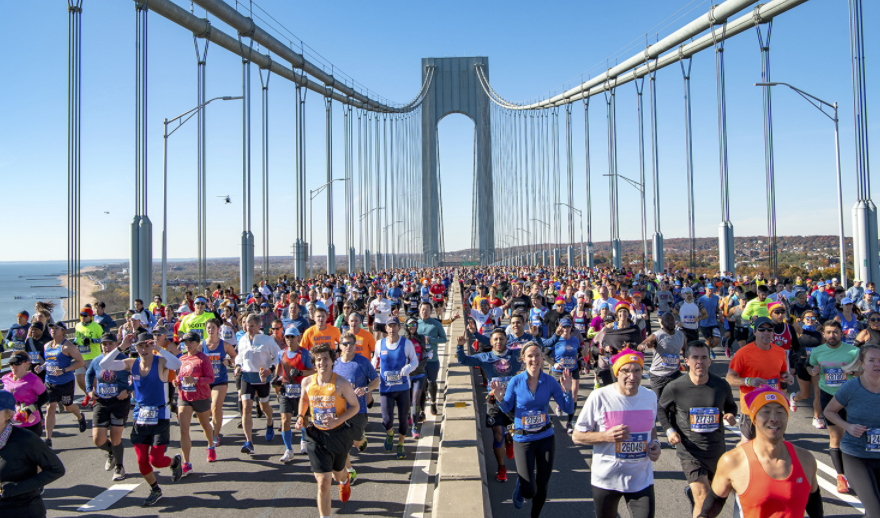 The London Marathon is famous for being a tournament that always attracts the world’s top elites. The tournament was first held on March 29, 1981, by former Olympic champion and journalist Chris Brasher and athlete John Disley. The London Marathon is held every spring and has a track that runs along the famous Thames and through Buckingham Palace.

NYC Marathon is the largest marathon in the world with 52812 people completed in 2018. The tournament is organized by one of the most famous running communities in the world – New York Road Runners – for the first time in 1970.

Since then Until now, the tournament was only interrupted once in 2012 due to the influence of Hurricane Sandy. NYC Marathon has a track running through all 5 administrative areas of New York City (The Bronx, Brooklyn, Manhattan, Queens, and Staten Islands)

The Berlin Marathon has been held since 1974 and is maintained annually on the last weekend of September. Due to its ideal terrain and weather, the Berlin Marathon is where records are broken, 11 world records for marathon time are set on the track of this tournament.

It is an interesting fact that the tournament was born in 1974, when Germany and the city of Berlin were still divided. Therefore, it was not until after the reunification of Germany and the demolition of the Berlin Wall that the Berlin Marathon was extended to run east of Berlin.