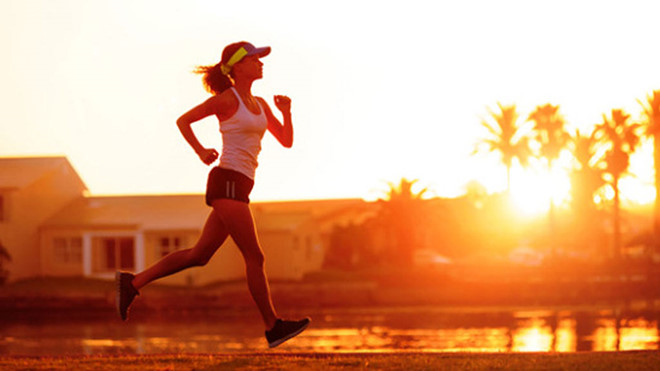 There has been a debate for many years over this issue.

One side argues that exercising after you have energized will increase your blood sugar level, provide the body with energy to enhance health and training time as well as keeping the body from fatigue or dizziness.

The other side supports the idea that exercising on an empty stomach in the morning helps to burn more fat. A small study in the UK has just been published, supporting the view: obese or overweight men, if exercising in the morning before eating will burn 2 times more fat than exercise after eating, according to CNN.

The reason is that exercising when the body is not energized forces the body to switch to burning carbohydrates, and when these sources are quickly consumed, the body starts burning to fat cells.

The study, which lasted six weeks, was conducted by physical physiologist Javier Gonzalez, an associate professor at Bath University (UK).

Results showed that exercising in the morning before eating, though not helping to lose weight more than exercising after eating, has a profound and positive effect on health.

Exercising in the morning before eating causes your muscles to respond more quickly to insulin, thereby better controlling blood sugar, thus reducing the risk of diabetes and heart disease.

A previous study, conducted by the same author, showed the same result – exercising in the morning before eating helps burn more fat, due to lower blood sugar after fasting eat for extended periods of time overnight.

Another previous study showed similar results, when tested on a group of healthy, robust men. Results showed that those who exercised after eating, including running and cycling 4 times a week, still gained weight. While the group only drank water in the early morning and exercised similarly, on an empty stomach, they managed to maintain their weight, reduce their fat and keep their blood sugar levels in good condition.

As such, based on the science in these studies, it seems that exercising in the morning before eating can be good for overall health.

The American Skating Association, recommends the following, in order to keep muscle tissue from breaking. It is to remember to drink water or sports drinks. Before exercising for 15 to 30 minutes, snack on a ratio of 4 protein 1 starch. Be it fruit and low-fat yogurt, or bananas with peanut butter.